An investment into the future: After the warehouse capacity on the EWS premises in Handewitt had already been expanded last autumn, another warehouse was inaugurated on Friday, 23 October 2020.

In total, the warehouse capacity has been doubled within the last twelve months: For instance, from now on, up to 20 MWp of module power, 40 MW of inverter power and 12 MWh of home and commercial storage capacity can be stored simultaneously.

At peak times, up to 200 commissions per day can be processed. However, with more than 1,200 regular customers in ten growing PV markets in Northern Europe, the capacities will have to be increased in the short run. With this prospect in mind, further business premises have already been acquired directly adjacent to the company premises – some of these have even been developed.

At a glance: the current key figures

As EWS Managing Director Kai Lippert pointed out in his short speech, this will only be an intermediate step: "We are preparing to double our stock turnover in the next one to two years, among other things by constantly expanding our warehouse and conversion capacities, digitalising handling processes and using the most modern equipment". 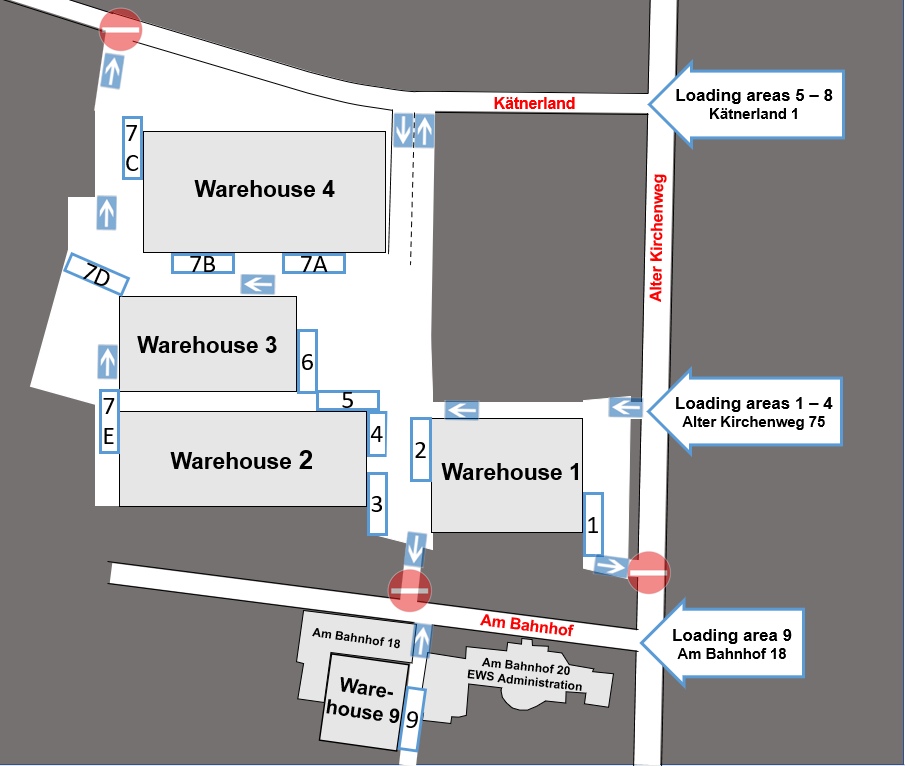 The current EWS transport master plan (“Transportleitplan”) clearly shows the additional access roads via Kätnerland 1, as well as the new six of a total of twelve truck loading areas on the almost three-hectare company premises.